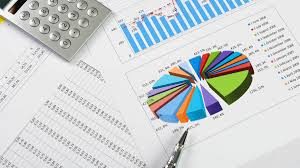 You Can Change Your Domicile To Avoid State Taxes — But Is It Really Worth Doing So?

It is the rare week when I don’t have a discussion with a client about changing their domicile to a state that doesn’t have an income tax. A very rare week. Since a significant percentage of our clients are from New York, New Jersey and Connecticut, this is not a new discussion for me. The New York area has always been a high-tax region and the Tax Cuts and Jobs Act of 2017, greatly reducing or eliminating the federal deduction for state and local taxes, has turbocharged this narrative.

The internet is replete with advice and rules in connection with changing one’s domicile, residency tests, checklists and how to survive state tax audits. I’ve added my advice as well (The Loss Of NY State Tax Deductions Is Making A Move To The Sunshine State More Attractive; To Avoid NY Statutory Residency Traps: Go By The Rules, Not ‘Common Sense’). I am not going to add to the content of the plethora of available advice at this time, but I do have a perspective on the context within which taxpayers come to this decision.

If one is deeply committed to changing their state tax jurisdiction, they can do so, but sometimes at a very high price, that upon deeper consideration may not be rational to the individual. What I mean by “rational” is whether a tax-motivated decision serves one’s interests within the totality of all aspects of their life.

Although rarely are major life decisions completely based on any single consideration, my focus here is on the decision to change one’s domicile purely for income tax reasons – state gift and estate tax laws are a topic for consideration at another time. They vary sharply, and many states are in the process of phasing in exemption increases.

The potential savings in state taxes achieved by changing one’s domicile is quantifiable and generally predictable. But the alternative to changing one’s domicile – remaining in the high-tax state – often has both quantifiable and highly subjective considerations. As few decisions exist in a vacuum, often it becomes difficult to differentiate between the economic and lifestyle factors of both relocating and continuing the existing domicile.

It is not uncommon for “relocation” discussions to start from the perspective of outrage and indignation – for many the total tax hit has indeed increased significantly above any savings from other aspects of the TCJA. The discussion then continues to consider what must one do to successfully change their domicile. The short answer is that the person must really change many aspects of their life. The intent behind the change needs to be legitimate, not cosmetic.

There is a minimal chance of surviving a state tax audit just based on getting a driver’s license, registering to vote, buying a burial plot and owning a winter condo in Florida. Again, go online and review the multitude of articles and checklists on the factors that need to be considered when evaluating the legitimacy of changing one’s domicile. Also, the probability of the state tax return of a high-income taxpayer being audited is very high (it would be foolish to assume it will not be audited).

As for state tax audits, it is an awful idea for the taxpayer to represent him or herself rather than engage an experienced professional. Expect to spend days or even weeks of “fighting over days” while going through years of business schedules and expense reports, cell phone and EZ-Pass records, to name just some of the required documentation. Unlike what we’ve been led to believe from innocent-until-proven-guilty television courtroom dramas, as unfair as it may seem, in a tax audit the taxpayer has the burden of proving they were not in the state during each nonresident day. Also, it is exceptionally unpleasant shelling out hefty professional fees – especially if you lose the audit.

A major consideration is your active involvement in an in-state business (income connected with the state you are leaving may still be subject to state taxes even as a non-resident). Other factors supporting a change in domicile may include: involvement and membership in community activities; belonging to social and religious organizations; changes in doctors and professionals, family location (even the dog), and many other factors.

These are life touch points that you may feel strongly about maintaining. Although rarely is any single factor an absolute determinant of change of domicile, giving up your residence certainly is an important factor when audited. Unfortunately, real estate markets are indifferent to the timing needs of sellers and converting a residence to a rental has its own issues. My contextual point is there are many meaningful changes to one’s lifestyle that many are unwilling to accept to save on taxes.

To be clear, I don’t discourage changing one’s domicile, especially if there also are nontax reasons to do so. My intention is to add perspective and suggest weighing the potential tax savings of the change, relative to the many non-tax lifestyle considerations. Just because one can do something doesn’t mean that doing so is a good idea.