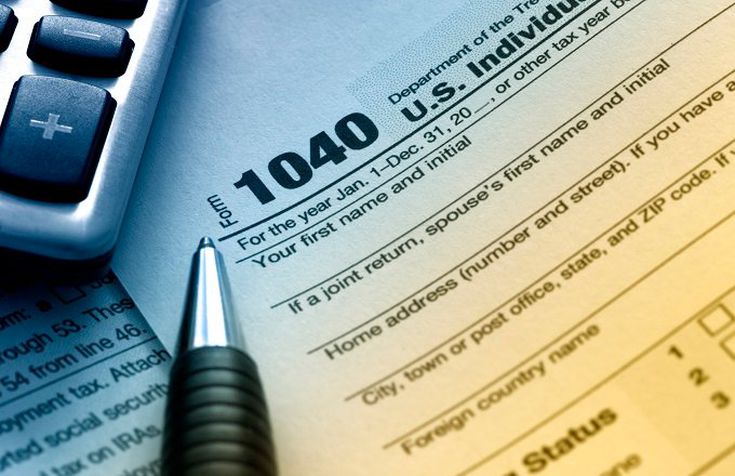 What to Expect When the IRS Alters Its Bitcoin Tax Policy

Every tax season, cryptocurrency investors in the U.S. struggle to figure out how much they owe the government. But next April it might be a little bit easier.

Last month, the Internal Revenue Service (IRS) said it would “soon” issue new guidance on the tax treatment of crypto, something it hasn’t done since an initial notice the agency issued in 2014.

In its original guidance, the IRS stated that for tax purposes, virtual currency is treated as property and not as currency. But it left a number of key questions unanswered, such as how to value cryptocurrency received as income.

The market has become more complicated in the intervening years, with the emergence of phenomena like airdrops and forks that essentially give people free crypto, raising new questions about tax liability.

In a letter last month to Rep. Tom Emmer, IRS Commissioner Charles P. Rettig said the forthcoming guidance would address these issues and others. He did not say exactly when it will come out, and neither would the IRS when contacted by CoinDesk.

It’s hard to predict when the IRS will publish the new guidance, but as the extended due date for individual returns is October 15, and for pass-through businesses it is September 15, “they may shoot to have guidance out before those extended deadlines,” said Kirk Phillips, a certified public accountant (CPA).

Below, we explain the major areas where the crypto community is looking for more clarity from the taxman.

How much did you make?

One of the most important questions since the publication of the IRS’ first notice has been how taxpayers should determine the fair market value of cryptocurrency they receive as income (in exchange for goods and services, for instance). This is its cost basis.

The 2014 guidance says that if a cryptocurrency is listed on an exchange, the fair market value is determined by converting it into U.S. dollars “at the exchange rate, in a reasonable manner that is consistently applied.”

However, unlike securities or property, cryptocurrencies can vary in price widely between different exchanges, said Phillips, the author of “The Ultimate Bitcoin Business Guide.”

“Every exchange can have its own pricing methodology, and if you’re using ten different exchanges there will be ten different pricing models,” he said.

The American Institute of Certified Public Accountants (AICPA) has suggested that taxpayers should be allowed to use the average rate of the day and the average price of different exchanges to calculate the value of their crypto, as well as aggregating indexes like CoinDesk’s Bitcoin Price Index.

Any of these methods can work as long as taxpayers are consistent in applying them, AICPA said in comments submitted last year to the IRS. Also, it should be possible to use a combination of methods for various instances.

Which coins did you spend?

An even trickier task is determining the cost of each unit of cryptocurrency that was spent in a taxable transaction, such as a sale.

Lisa Zarlenga, a partner at the law firm of Steptoe & Johnson, explained that when you sell cryptocurrency you should specifically identify the fraction you’re selling to calculate a gain or loss.

For other asset classes, there are established ways to do this. For example, in stock trading, taxpayers can apply the average cost basis or the “first in, first out” (FIFO) assumption: that they are selling the earliest acquired piece of stock, so the price is determined as the one registered at the time of the first purchase.

“But the simplified approach doesn’t apply to other types of property, only to stock,” Zarlenga said. “So one thing the IRS could do is extend it to cryptocurrency, which would be very helpful.”

Even that wouldn’t help in every case, noted Phillips. “First in, first out” can be a problem if the price of the earliest acquired coin is zero — if the owner mined it, for instance.

Imagine somebody who earlier mined some bitcoin is trying to cash out another coin which cannot be sold for fiat, and so would have to sell it for bitcoin and then sell that bitcoin for fiat. In this case, the bitcoin, bought and immediately sold, won’t bring its owner any profit, but if the cost basis is defined by the first coins this person ever acquired (which is zero), they will have to report a capital gain.

In such cases the FIFO principle might become a trap, Phillips said. “It can create a fictitious gain that doesn’t match the economic substance.”

At the moment, there are a number of software platforms for calculating taxes on crypto using different methodologies, and the best the IRS can do is to leave it for users to choose, Phillips said. As the technology and the market mature, better solutions can be found, he said.

“The best scenario would be to leave it broadly open for the taxpayer to decide what method they use as long as they apply a consistent methodology: you can’t change it around from year to year,” he said.

In addition to buying and selling, there is a list of other events that need clarification for tax purposes, including forks, airdrops and staking.

All of these involve people receiving one cryptocurrency because they already hold another. For example, anyone who held bitcoin on August 1, 2017, can claim a like amount of bitcoin cash, which was born that day, and of the other currencies that subsequently split off from the main chain.

So what do they owe Uncle Sam from this windfall? Foust’s report for Coin Center notes that when a fork happens, owners of the original cryptocurrency can make no effort to take possession of the new coins and never actually get them, and in this case, there should be no tax effect. But if they do get their portion of the splinter currency and sell it, that should be taxable at the time of the sale.

It’s important to consider how much control taxpayers have over the situation when they keep their crypto with custodial exchanges, Foust noted. “If a taxpayer holds their cryptocurrency with a custodial exchange, any actions that the exchange takes regarding airdropped or forked tokens should not affect the taxpayer unless such actions were undertaken at the direction of the taxpayer.”

The American Bar Association suggested a different approach in its comments on the 2017 fork that created bitcoin cash. The document, submitted to the IRS in March 2018, proposed that “taxpayers who owned a coin that was subject to a Hard Fork in 2017 would be treated as having realized the forked coin resulting from the Hard Fork in a taxable event” and the value of a new coin should be zero.

“It means that at the time of the fork they’ll be treated as earning zero dollars in income. So the fork event itself will not result in any tax liability,” Omri Marian, one of the authors of the comments, explained to CoinDesk. “When they dispose of the forked coin, they’ll be taxed on the entire proceeds of the transaction.”

Forks can be treated by analogy with traditional financial and business events, Zarlenga said, and it depends which analogy the IRS will see as more appropriate: possible options include events that currently don’t have tax consequences, like a stock split or a cow giving birth to a calf, but also taxable events like getting free samples and using them, finding property or earning dividends on a property.

Another relatively new concept, staking, or using one’s coins to participate in transaction validation on proof-of-stake (PoS) blockchains, is a hot topic in the crypto world. As institutional players have taken an interest in putting their PoS holdings to work, powerhouses like Coinbase have started offering staking-as-a-service.

Staking should be treated as ordinary income, as mining already is, because these two activities bring taxpayers new coins in a similar way, AICPA’s memo suggests. The expenses on staking, if there are any, should be deducted from such income as ordinary expenses, i.e. expenses that are common and accepted in a certain business.

Three of the issues discussed above – cost basis calculation, cost basis assignment, and forks – are explicitly mentioned in Rettig’s letter to Emmer, but there are several others that crypto tax experts hope the upcoming IRS guidance will address.

One with serious consequences for taxpayers is whether keeping, buying and selling cryptocurrencies on exchanges registered overseas should be reported under the rules for foreign bank accounts, Zarlenga and Phillips said.

U.S. citizens must file a Report of Foreign Bank and Financial Accounts (FBAR) for any such account holding more than $10,000. Also, Americans holding foreign financial assets worth more than $50,000 have to report them under the Foreign Account Tax Compliance Act (FATCA). Failure to report can result in severe penalties, Phillips noted.

Should these rules apply to crypto? AICPA believes so: the value of crypto kept in foreign jurisdictions should be aggregated with the value of fiat and other assets abroad and reported under FBAR and FATCA, the institute’s comments say.

But if taxpayers keep their crypto in personal wallets and control the private keys, this crypto should be considered “cash which resides wherever the taxpayer resides,” and no FBAR or FATCA compliance is needed, the document suggests.

Another issue that deserves clarification is the status of small transactions when people use cryptocurrency to buy goods and services, Phillips said. As it stands, they also have to be reported as taxable events, which discourages spending crypto, and exempting transactions up to a certain threshold could eliminate this problem.

Then there are charitable donations: right now, if you’re donating any property valued more than $5,000 you need to get a qualified appraisal, an expert estimation of that property’s value.

Cryptocurrency should be exempted from this rule as publicly traded securities are, AICPA said. “The rationale is that the prices for these publicly traded stocks are available on established exchanges, thus not requiring a qualified appraisal. The same is true for most, if not all, types of virtual currencies.”

While these questions may sound arcane, resolving them would remove a lot of aggravation for taxpayers. Hence, the community is waiting with bated breath to see how the IRS comes down on them.

“This is going to be the first time they are speaking in five years. A lot has happened in the industry, and people are eager for some input.”