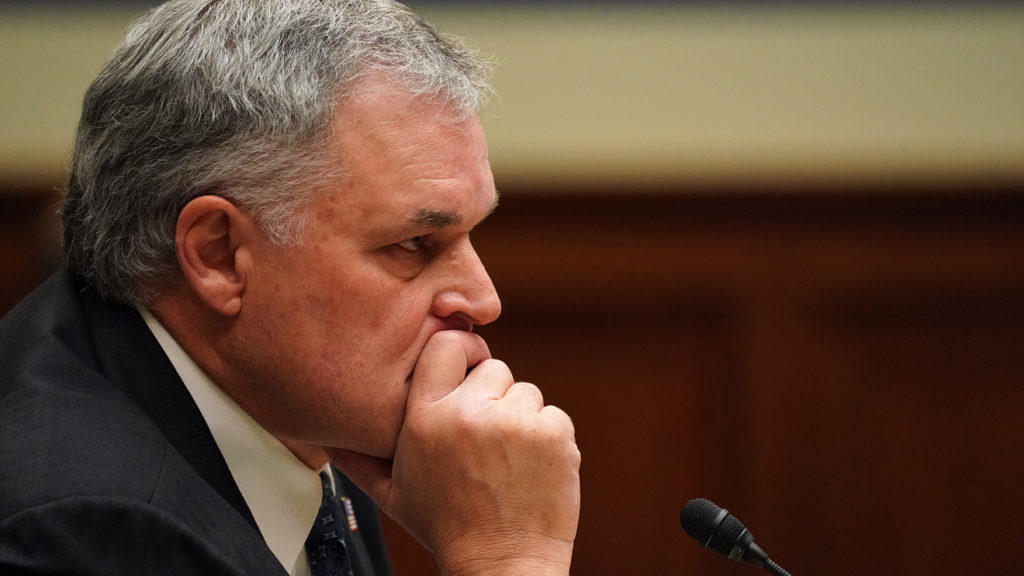 The Internal Revenue Service still has to process an estimated 2.5 million hard copy income tax returns within a pile of unopened mail that stands at 5.3 million pieces.

That’s according to IRS Commissioner Charles Rettig, who testified Wednesday on the agency’s efforts to dig out from a mountain of unopened mail that accumulated during coronavirus-related IRS office shutdowns in the spring.

Rettig spoke to lawmakers, who have been getting an earful about the backlog. “We are hearing from our constituents right and left” about the status of returns and refunds, said Rep. Jody Hice, a Republican from Georgia.

Though there’s still a ways to go, the IRS has come a long way from the spring.

“I can certainly tell you our people are working really hard,” Rettig said at the U.S. House of Representatives’ Subcommittee on Government Operations within the Committee on Oversight and Reform.

Tax collection staff goes through 1.3 million pieces of mail a week, Rettig said, and it puts a priority on spotting hard copy returns and processing a refund, if one is due.

Rettig didn’t say how many of those still pending returns had refunds coming. But most returns result in a refund. Last year, more than 70% of returns ended with a refund for overpayment of income tax.

The average refund this tax season was $2,741 as of late July, according to the most recently available IRS statistics.

At that time, the IRS had received 152.8 million returns, which was up from the 146.3 million received at the same time last year. (However, the 2020 statistics also lump in the nominal returns generated this year when people who wouldn’t typically file a tax return registered with the IRS for a $1,200 stimulus check.)

By late July, the IRS had distributed 3.3 million fewer refunds than it had at the same point last year.

This year’s tax filing and payment deadline was pushed to July 15, though taxpayers can also seek an extension until Oct. 15.

The IRS has been juggling tax return processing with an earlier effort to churn out more than 160 million stimulus checks totaling over $270 billion, Rettig noted. The IRS is still trying to reach approximately 9 million people who are eligible for stimulus checks but haven’t received theirs.

See also: Good news: You now have until Nov. 21 to claim your stimulus check

But some lawmakers said the agency’s hard work was no satisfaction to constituents in their districts who are still waiting for refunds.

Hice wondered whether the IRS could clean up the backlog by the end of October, given its current rate.

“I thank you for your effort,” Hice said, “but effort doesn’t resolve the issue for people who are waiting.”

Gerry Connolly, a Democrat from Virginia who chairs the subcommittee, said the current lags in service are the result of an IRS budget that’s been cut, aging computer systems and a workforce that’s shrunk over the years.

“Today, when the American people are relying on the IRS the most, the agency is gasping for air.” He added, People can’t afford to just wait. They need this financial assistance now.”